Where We Come From

On January 18, 1958, two men bought a small store on North Sigler Street in Kingwood, West Virginia. What was then known as Copeman and Childs Feed Company was established by Glenn Childs and Morgan Copeman. This partnership continued until November of 1958 when Childs became the sole owner. Glenn continued to own and operate the store until he passed away in September of 1972.

At that time, his son Dave was working as the feed truck driver for the store. Though there was already a plan in place for Dave and his brother Ronnie to take over ownership of the store the following January, Dave admitted that neither were prepared to face the responsibility of owning and operating the store with the limited experience they had working inside. Ronnie had just returned home from the military, and Dave’s experience was limited to the feed truck and other labor-intensive duties. But when they were faced with no alternative, they dove head first into learning how to operate the store themselves. In January of 1973, they officially purchased the store from their mother, Gaye Childs. They also decided to officially change the name to Childs Feed & Supply. Ronnie and Dave ran the store in partnership until Ronnie accepted a job with Wayne Feeds in 1996, and Dave became the sole owner in January 2001.

While four generations of the Childs family have been involved with the operation of the store, Dave is the only person to work at the feed store since its opening in 1958. On January 18, 2018, Childs Feed & Supply marked its 60th year with a day-long celebration.

“I get more good out of making a friend than making a dollar.”

Thank you for supporting our business and for making us a successful business in Preston County over the past 60 years. Glenn Childs used to say, “I get more good out of making a friend than making a dollar,” which is a philosophy we still try to live by today. 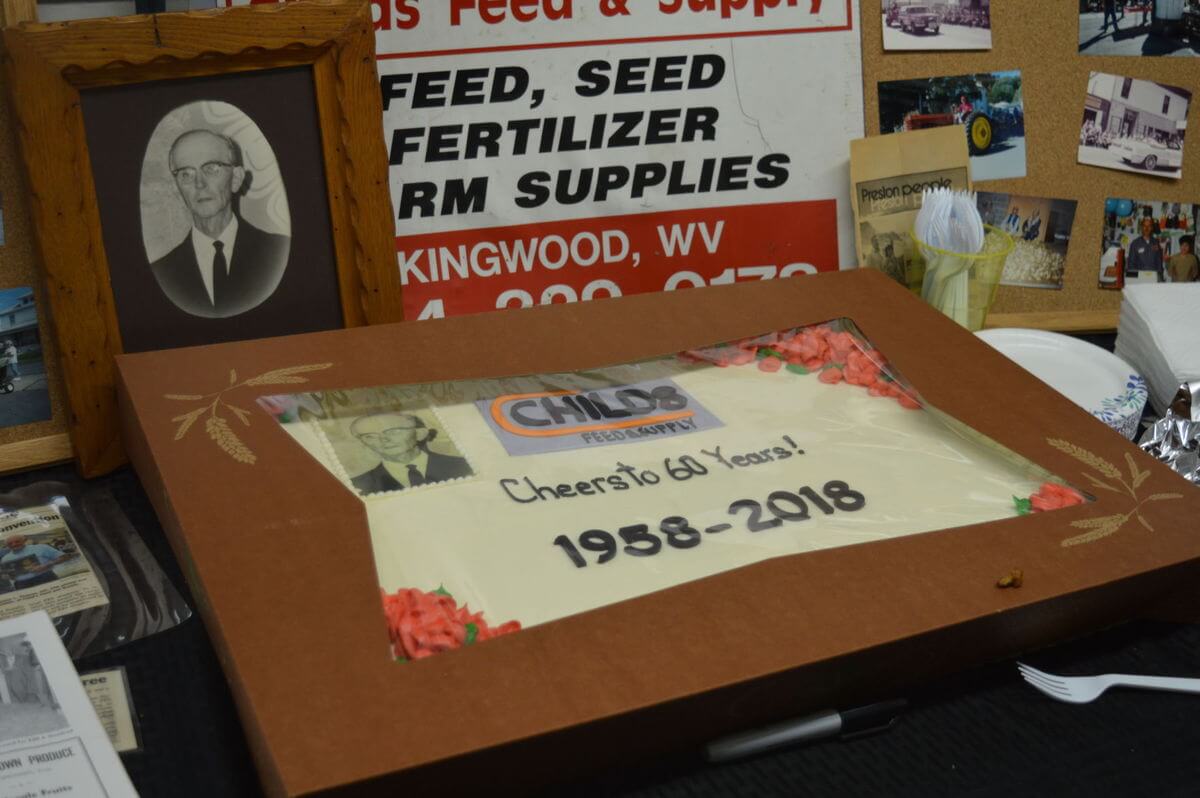 We carry the best brands in outdoor power equipment.